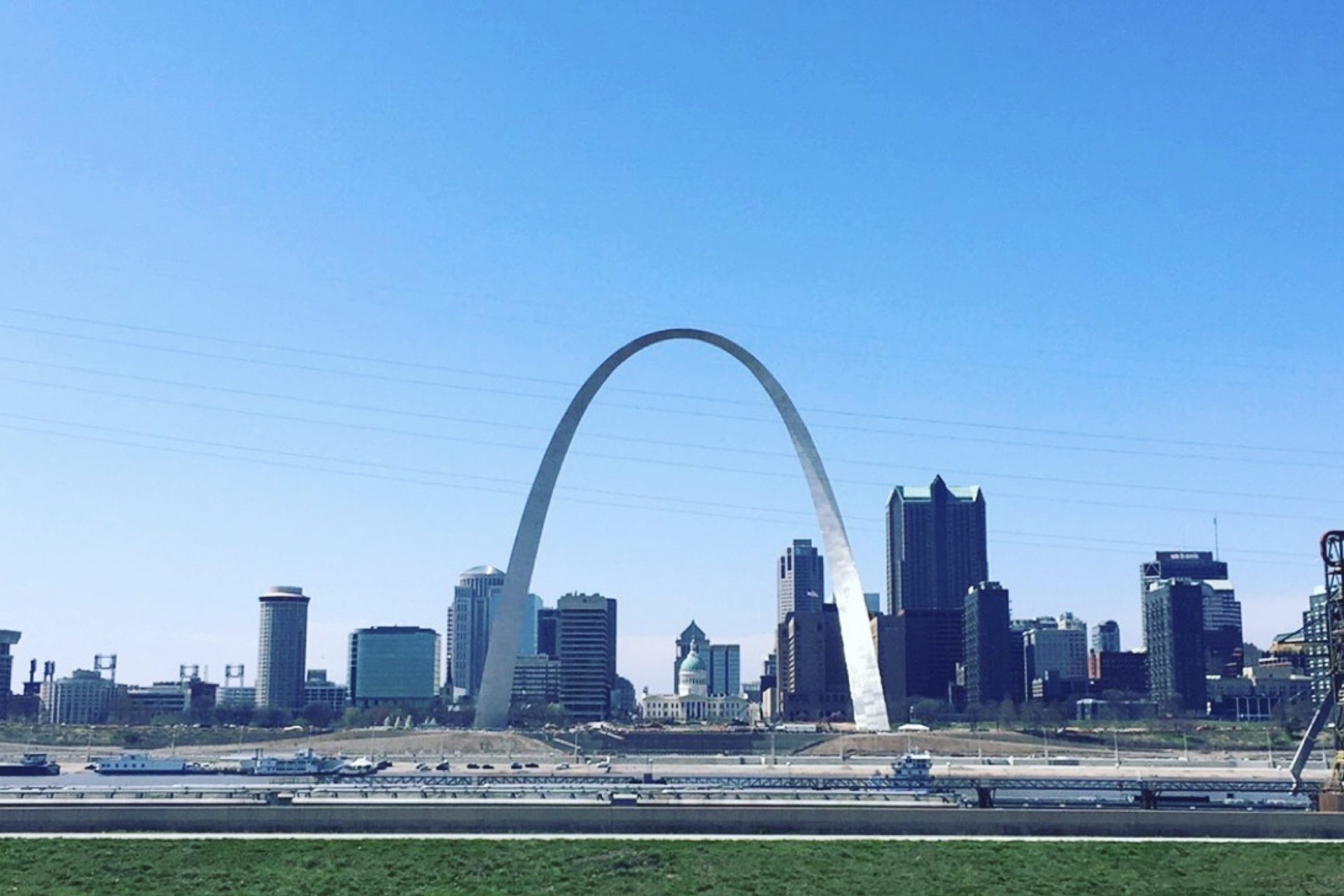 Best View of the Gateway Arch in St. Louis, Missouri 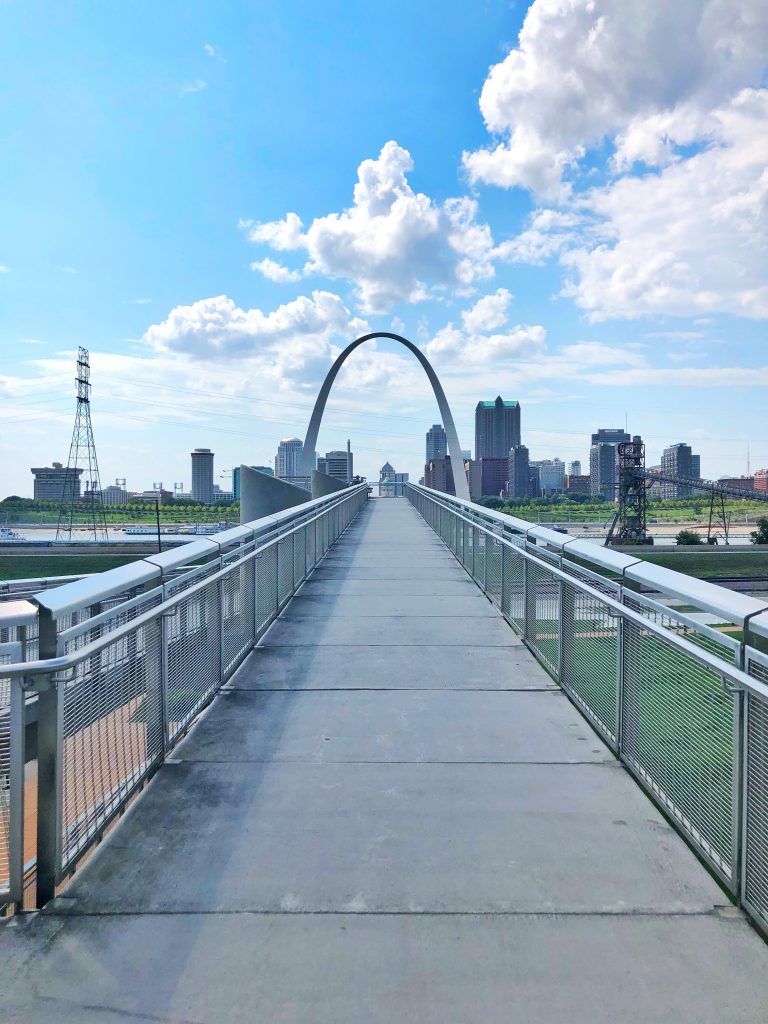 The Best View of the Gateway Arch

Are you heading to the STL airport soon? St. Louis, Missouri has a lot to offer but what draws people in the most is, of course, the gateway arch. What most people don’t know though is that there’s a park across the river that was made specifically to give you a great view of the Arch.

I had lived close to St. Louis all my life but had never heard anyone talk of this “secret location” until a guy took me there while on a date and I’ve been in love with the place ever since. It’s a perfect spot for pictures, running around and there’s even a huge geyser that is set off every day!

So… what is this “secret location”? Malcolm W. Martin Memorial Park.

Malcolm W. Martin Memorial Park was founded by the one and only Malcolm W. Martin (surprise!). This man is what you would call a true local. He grew up in St. Louis and then he got drafted into World War II. As a private for the Army, he spent time all over the world, especially London. But, once it was all said and done, guess where he wound up? Yup, right back to his roots.

Malcolm’s original vision was to make St. Louis beautiful on both sides of the river and that’s exactly what he did.

Even though this is a hidden gem, many people know it exists without realizing it. You see, whenever Malcolm died in 2004, he donated $5 million dollars to go toward this park. That money along with multiple donations from other parties, the city was able to install the Gateway Geyser which is a Geyser that is visible from many parts of the city when it’s active. So if you ask around, you’ll probably hear many people say they know about the Geyser but not necessarily where the Geyser is located.

Time to change that! This park is worth hearing about. Check it out while you’re in St. Louis. Oh… and say hi to Malcolm Martin while you’re there. You can find a statue of him at the top of the ramp! 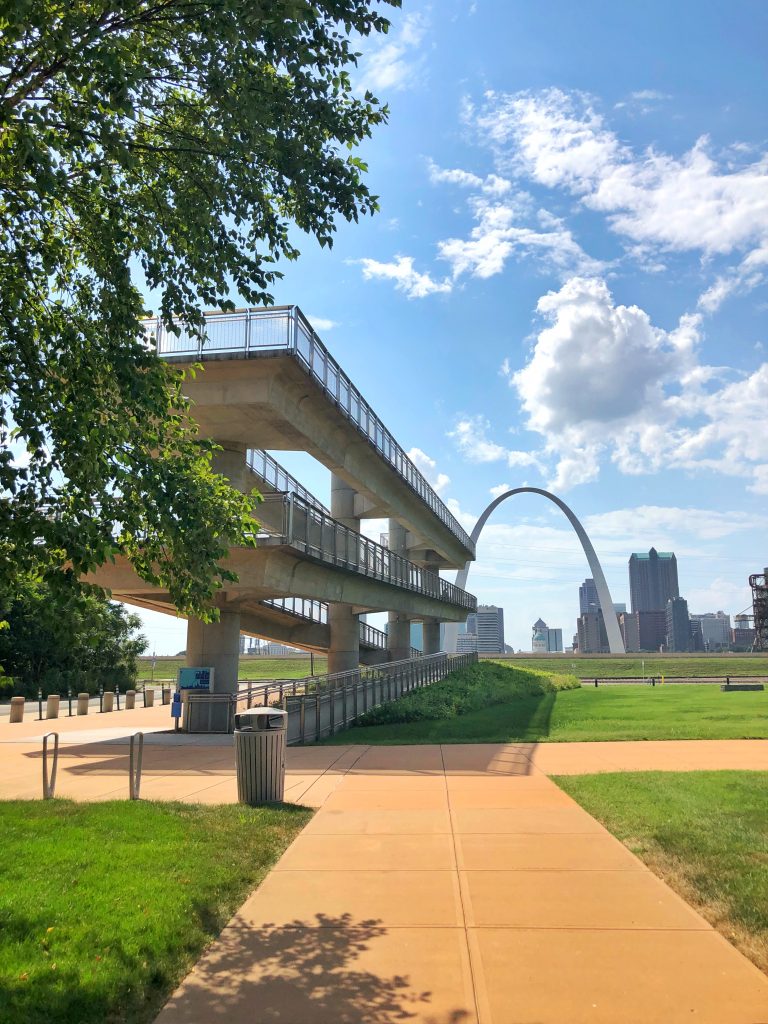 Would you believe me if I told you there’s a geyser in St. Louis that shoots up as tall as the Arch? Well, you should.

The Gateway Geyser is located in the back of the park and shoots up to 630 ft tall (the same height as the Arch). It goes off every day at noon for ten minutes in the months of May through September.

It took $4 MILLION (yes, million) to construct the Gateway Geyser. Therefore, I can assure you, it’s the real deal.

You can find this park directly behind the Casino Queen in East St. Louis. Yes, I know, you might have heard bad things about the East side of town, but don’t be alarmed. I have been a hand full of times and never felt unsafe.

It opens at 7AM and closes at 10PM every day throughout the year. The only days you’ll find the park closed is during severe weather. 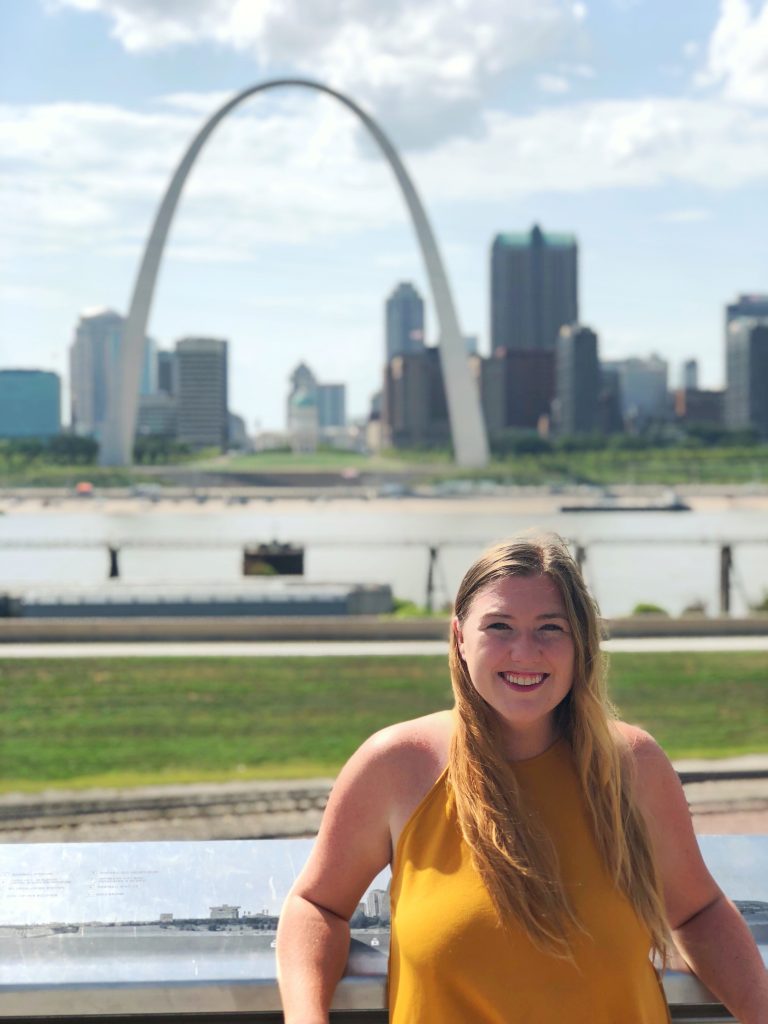 The parking lot for Malcolm W. Martin Memorial Park is fantastic and much bigger than needed. It’s definitely large enough to fit any type of vehicle you may be traveling with, especially since there is usually hardly anyone there. You might even have the parking lot to yourself if you’re there at the right time!

There’s no entrance fee to get into the park and the parking is completely free too! This is a great place to stop for a picnic or just to relax while checking out an amazing view. 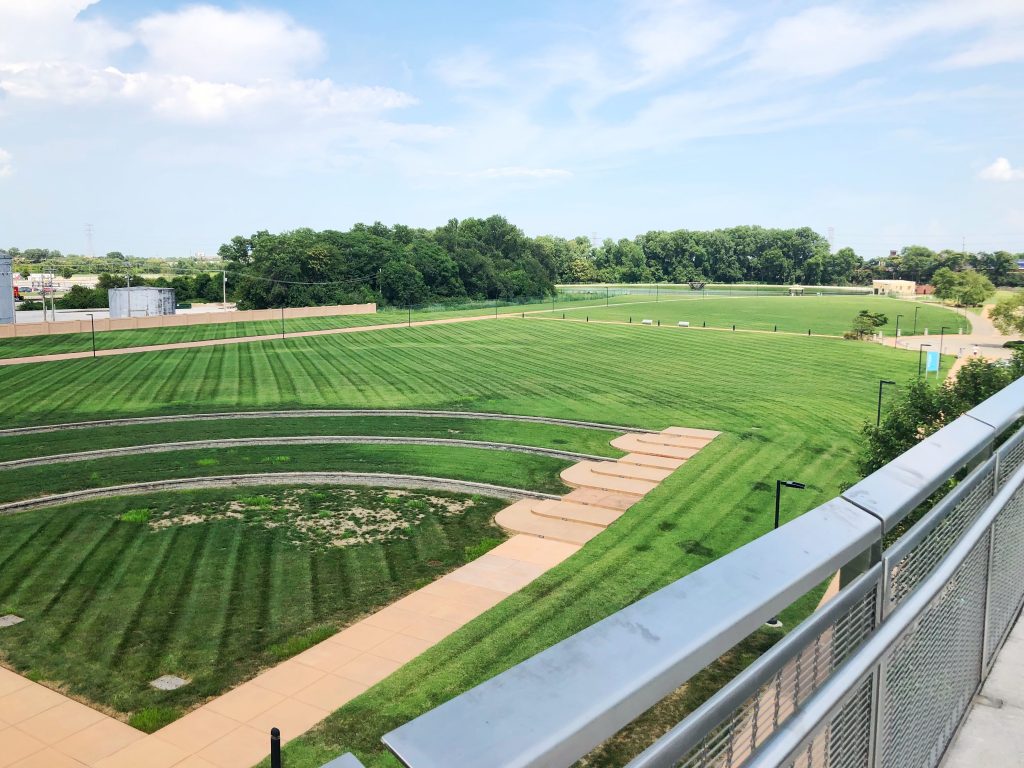 Malcolm W. Martin Memorial Park is 100% pet friendly. The entire park is mainly just open grass which is perfect for letting your dog run around or for playing a good game of frisbee. Last time I went, I even ran into a man who took my picture in front of the arch… after taking a picture of his dog in front of the arch first. I’m not going to lie, that dog was the most photogenic dog I’ve ever seen.