Fly to Europe for Less Than $200 ROUNDTRIP! 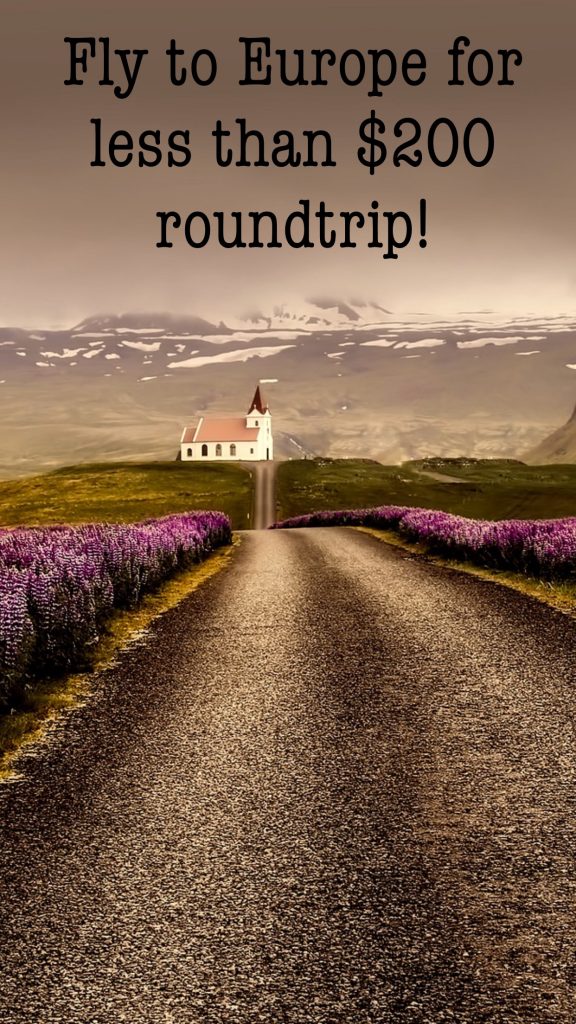 Hopefully you aren’t tired of me posting about WOW Airlines every time they have a deal because I’m not stopping anytime soon! The fact they can get people to Europe for so cheap just amazes me. Before, I’ve shared deals where you can go to Europe for $200. But today, it’s even less! Tickets start out at $69 one-way!!

Their deal is only available to anyone who signs up for “MyWOW” which is basically just their newsletter that they send out to your email. All you have to do is give your name and email… then you’re set! It’s 100% free, so why not?

The deal includes the following flights:

San Fransisco to Reykjavik for $69 one-way.

Washington D.C. to Reykjavik for $69 one-way.

Boston to Reykjavik for $69 one-way.

Chicago to Reykjavik for $69 one-way.

Pittsburgh to Reykjavik for $69 one-way.

Boston to Frankfurt for $89 one-way.

…AND SO MANY MORE!

Want to get an extra mini vacation for free? Check this out: WOW Air: How to Get Two Flights for the Price of One

Remember: These prices don’t include baggage fees. Be sure to check WOW air’s website to check baggage prices to be sure you aren’t going to pay more than planned!