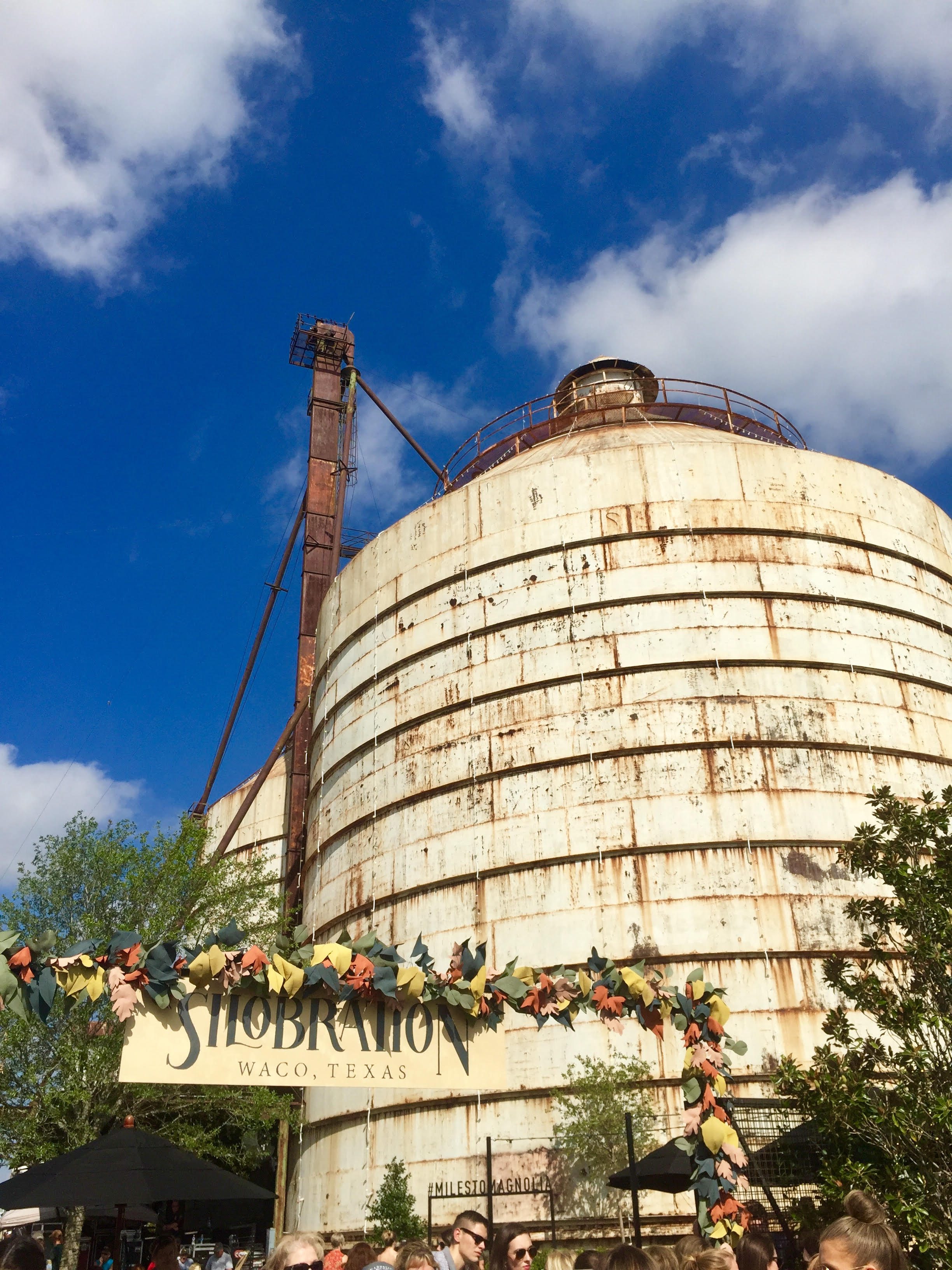 I recently moved to Texas and told myself that I HAD to go to Waco to visit the Magnolia Market. Lucky me, shortly after getting to Texas, Chip and Joanna from the famous show “Fixer Upper” had their 3rd annual Silobration! As soon as I heard about it, I knew I had to go.

Three years ago, Chip and Joanna bought some silos and opened up the famous Magnolia Market (a shopping area and bakery) right next to them! Every year on their anniversary of buying the property, they have a special event where tons of vendors from all around come to allow people to shop during the day and then they bring out some bands for a nighttime concert with a special appearance from Chip and Joanna themselves! It last a few days and it’s full of fun. 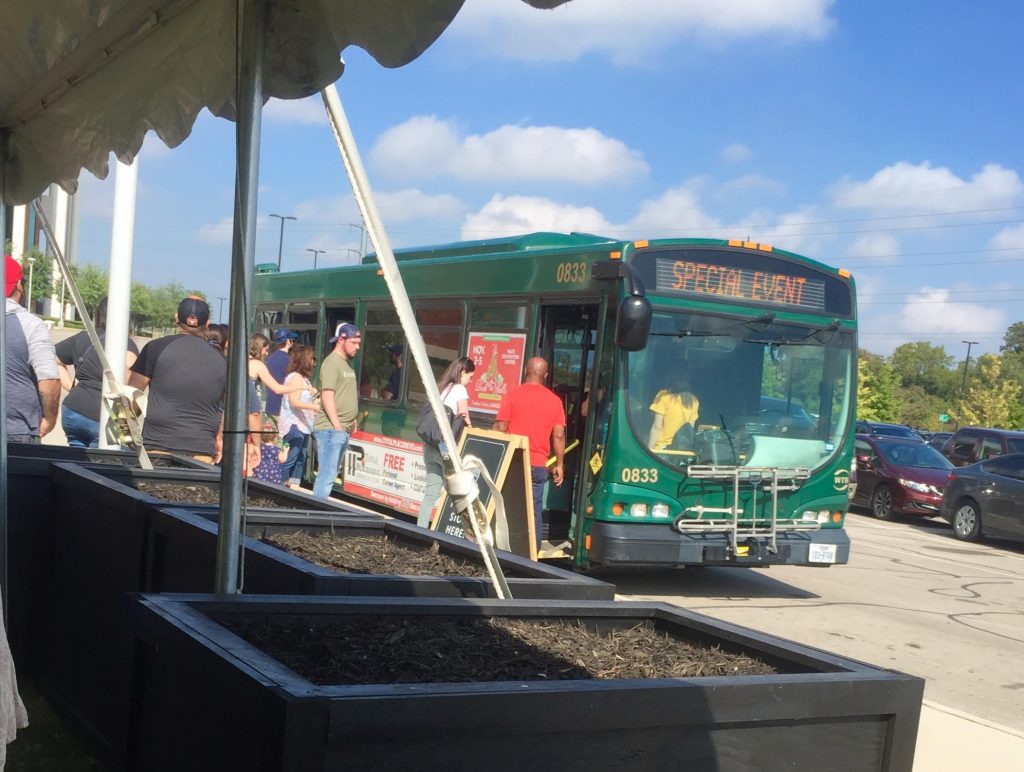 Getting there was a piece of cake. They made it feasible for everyone to get to the event without spending a dime – yep, that’s right… free parking! They had a bus that picked up everyone from the McLane Stadium parking lot in Waco and dropped everyone off right at the silos. They ran all day, so as soon as you wanted to leave, you would just show up where they dropped you off and they took you back to your car.

Once you were you dropped off and started walking toward the silos, the first thing you saw was the bakery. It’s absolutely adorable but sadly I didn’t take a trip inside. The lines were outrageously long when I got there and since I live so close I knew I could always come back another day – but if you decide to visit from a ways away, my tip is this: get there EARLY. The later it got, the longer the line got. But either way – you can’t go to Waco without stopping by there! It’s the best place to get a cupcake for breakfast and grab a cute picture with their outdoor stools that are basically made for cute instagram pictures.

Once you’re filled up with delicious sweets, head to the Magnolia Market right next door! It’s full of (pricey – sorry, I had to say it!) home decor. It may be pricey but everything inside is gorgeous. They really know what they’re doing when it comes to decorating. Since I went during Silobration weekend, the place was PACKED. There was a long line for this too, but I stood my ground. I had to go inside! They had two sections in the building just full of everything you would need. They even had a Chip’s Corner for men and a small section of children’s items and decor. The place is basically an interior designers dream.

After you’ve spent your life savings in the store (because you honestly probably will), head over to their cute little garden. It’s a small section but it’s right behind the Silos and it has a tiny plant store for all the plant lovers out there.

The best part of going during Silobration weekend is the vendors. There were food carts all around the back part of the Magnolia Market and SO MANY tents out front of the facility selling products. The food carts weren’t as expensive as I thought they’d be. I didn’t eat much but I definitely grabbed myself a popsicle from Steel City Pops because even in the middle of  October it was 90 degrees out and I was sweating my butt off. I also stopped by the Alabama Sweet Tea tent which surprisingly was a long line just for some tea – Texas doesn’t play when it comes to tea! Plus they gave out tea in a mason jar and refills were only $2. Not too shabby of a deal.

If you’re there during the Silobration, be sure to find the little hidden photobooth type spots that are set up for picture opportunities. They had different set ups in every part of the Magnolia Market. Since it was during the fall time, lots of these spots involved pumpkins and fall colors, so if you’re one for color coordinating your outfits, keep that in mind! My favorite spot I took a picture at was the #milestomagnolia sign. I loved having the silo as a backdrop.

I wasn’t lucky enough to get a ticket to the after hours concert, but next year I plan on grabbing one! The concert started at 6PM this year and Chip & Joanna made a special appearance. Honestly, I would get the ticket just to be able to see them in person because I’m such a big fan of the show – the concert would just be an extra perk. 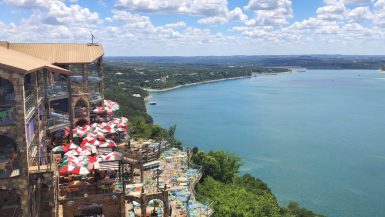 The Oasis Restaurant on Lake Travis in Austin, Texas 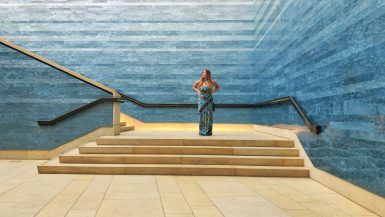